Tbh I’m shocked it’s already July, and in honor of July 7th here are some Carmelo Anthony highlights and videos.

Melo is one of the 50 greatest players of all-time and I don’t think it’s possible to argue otherwise. He is a gold medalist and a national champion. He made the Knicks relevant for a little in the 2010s, which we have seen over the past 2 decades is really hard to do.

You can question why the Knicks made the trade for Melo when he was going to be a free agent that summer, but he was a superstar in the NBA, the Knicks got him and he re-signed in New York. Sure, it hurts to get rid of assets and picks, but they got a superstar in Melo.

Personally, I never get why Melo gets such a bad rep, and Front Office Alumni Gerry McNamara doesn’t seem to understand either.


Feel free to listen to both phenomenal interviews. Gerry starts talking Melo at 16:26

Melo also had some of the best jerseys.

The Nuggets Melo jersey defined the 2000s IMO, his Syracuse jersey is iconic and I’m sure in about a decade there will be a resurgence of the Melo Knicks jersey. Oh, and we got another one this year with him wearing double zero on the Blazers. FIRE! And how could I forget his team USA jerseys and his Oak Hill jersey. Melo might have the number 1 jersey collection of all-time now that I think about it. 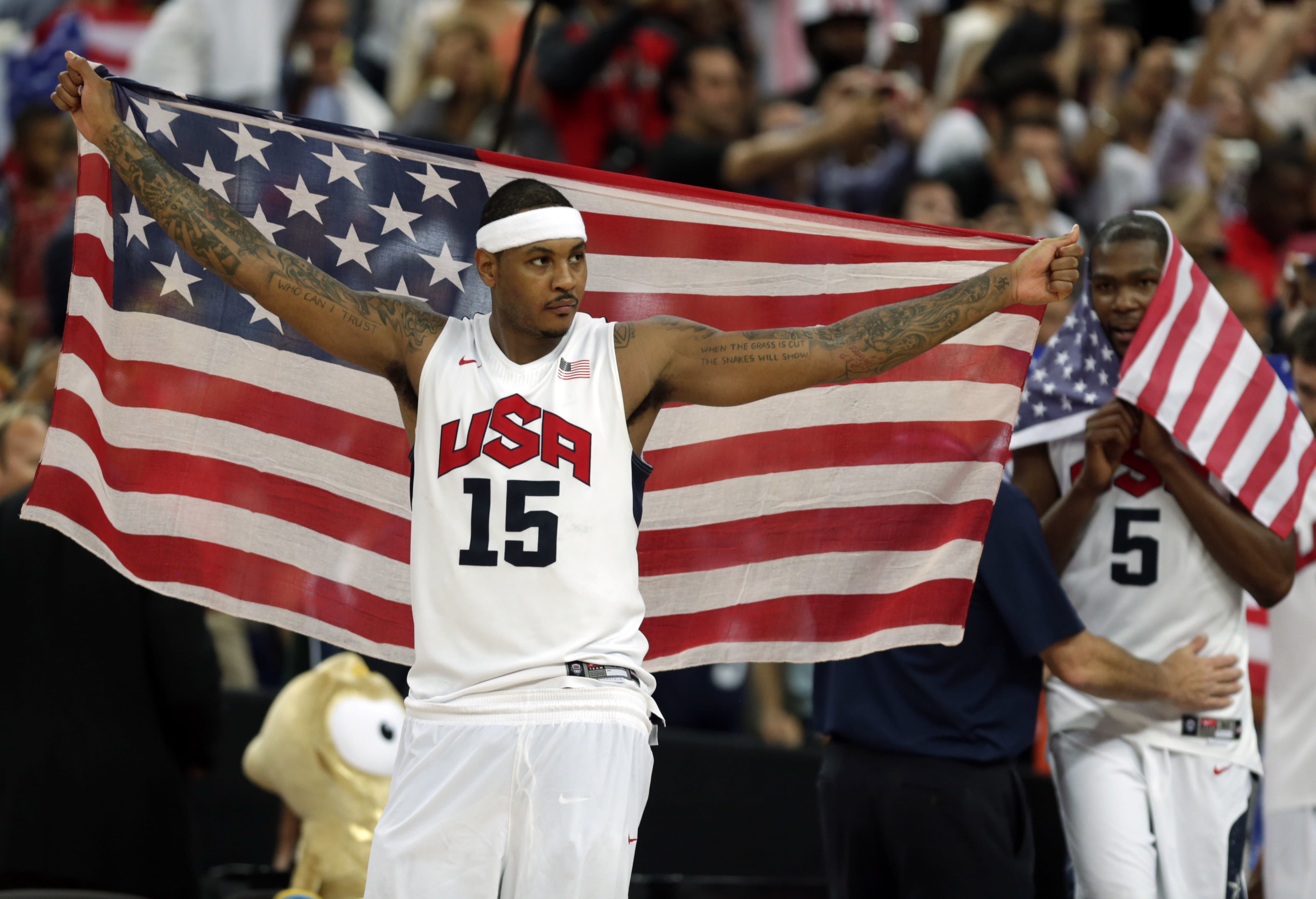 Melo also has one of the best, if not the best line of signature shoes outside of Michael Jordan. My personal favorites are the M8s in Knicks colors. Something about the orange and blue that really pops.